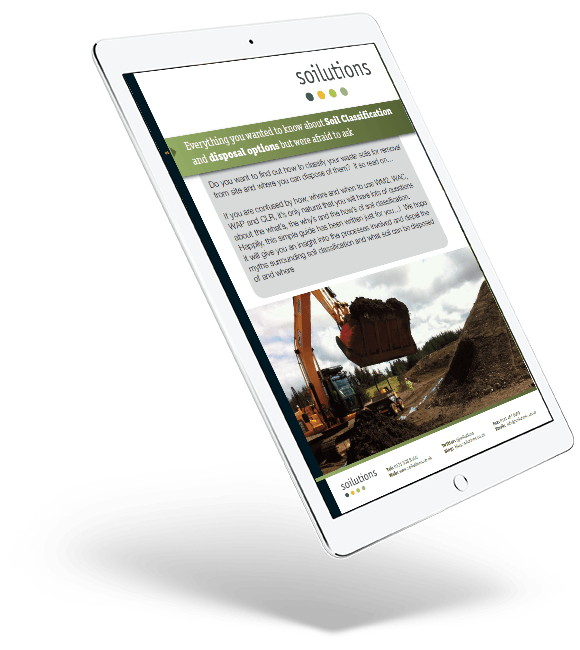 From HMRC’s guidance Notice LFT1 “A general guide to Landfill Tax”, “…where a disposal (of contaminated soil) contains both standard and lower rated materials, tax is due on the whole of the load at the standard rate.  (HOWEVER), you may ignore the presence of an ‘incidental’ amount of standard rated waste in a mainly lower rated load, and treat the whole load as taxable at the lower rate.

So what is ‘an incidental amount of waste’ I hear you ask…?  Well there hangs the question that we asked HMRC many, many months ago (or is it now years) but alas they cannot provide an answer.  So what should you do…?


Essentially to qualify for the lower rate, the waste transfer note must accurately describe the material in relation to the terms used in the Landfill Tax (Qualifying Material) Order 2011 (SI 2011/1017) regardless of whether the load concerned may be considered to contain an ‘incidental’ amount of standard rated waste.”

Note that…”soils such as topsoil, construction soil and soil from demolition of buildings or structures are taxable at standard rate of Landfill Tax.

“Where waste is of materials that are listed within the 2011 Order (see above), meet the relevant conditions and can be demonstrated as such with the appropriate evidence, they were and remain liable for the lower rate of Landfill Tax.”

“Where materials fall outside those listed within the 2011 Order, or fail to meet the necessary conditions (for example, if they contain contaminant materials or chemicals such as those described above) or are not accompanied with the suitable evidence, then these materials, were and remain liable for the standard rate of Landfill Tax.”

So it would appear from HMRC guidance that contaminated soils attract the standard rate of tax…but in reality we are finding that many landfill operators are applying the lower rate of tax.  So what happens if HMRC turn up and who has to pay the balance of LFT…it could be you…!  You’ve been warned.