An odd little piece of information came up the other day which happens to coincide with a few of the things we’re currently dealing with in the office.  Rhododendron Ponticum contains poisons which discourage grazing animals from feeding on them, this is fairly widely known and just another reason why Rhododendrons have to be controlled and another thing which makes the plant difficult to control.

This doesn’t usually affect humans because humans would never try to eat Rhododendrons but humans do eat honey.  The toxins are present in the nectar of the plant and Bees which draw a significant proportion of the nectar they collect from Rhododendrons can manage to produce poisonous honey.

The toxins in question are called Grayanotoxins and consumption of sufficient quantities can result in cardiac problems and even death while lower doses will result in excessive salivation, perspiration, vomiting, dizziness, weakness and paresthesia (pins and needles) in the extremities and around the mouth, low blood pressure and sinus bradycardia (reduced heart rate).  Looking on the bright side the condition is rarely fatal and generally abates within a day without medical intervention, but it’s still not going to be a fun experience.

It is very rare for toxic levels to make it into honey particularly in commercially produced honey however there are historical records of it being deliberately produced in Turkey going back to 400 BC when hives or sections of comb (depending on which version you believe) loaded with toxic honey were left in convenient locations to be discovered by hungry soldiers and poison invading armies.  Latterly in the 1700s this Mad Honey was sold into Europe where it was added to alcoholic drinks to give them some added kick.

John has been learning about bee keeping recently for an upcoming project and we’ve been removing a lot of rhododendrons which is how we stumbled onto this fact.  So now we, and you, know not to site bee hives in the middle of large areas of Rhododendron Ponticum.  Okay so this is probably not the most readily applicable advice for everyday life but interesting nonetheless. 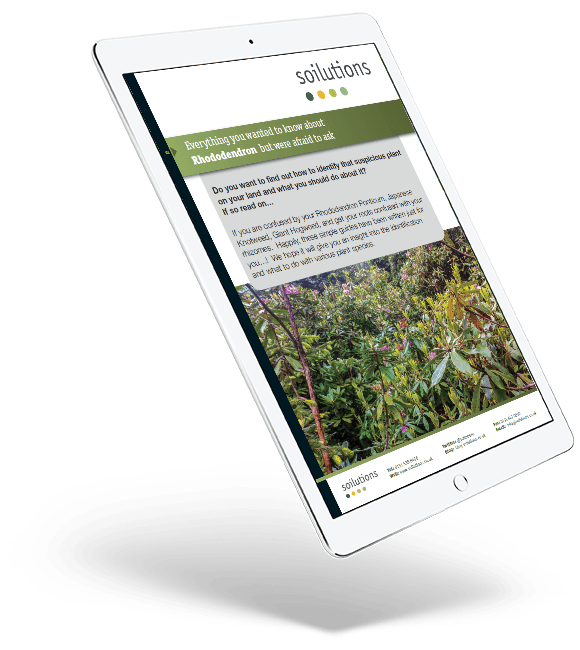 This free eBook will help you learn about Rhododendron and how to treat it in the simplest terms. Download it now for free!